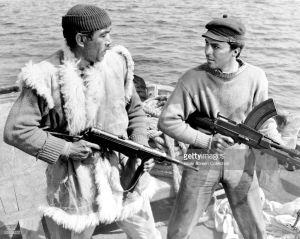 One of the very first blog posts I wrote was about war movies and how they portrayed the horrors of war. The biggest running theme in the war genre is the statement that “war is hell.” Whether you think war is necessary or not in certain situations, no one can deny it is awful. These films are filled with intense imagery and heartbreaking moments that help drive the point home. I’ve discussed the trope “Do Not Do This Cool Thing” where it appears many movies with an anti-war message had the opposite effect on some viewers and brought them to enlist. Whether or not the message is always effective or not, it often does a great job painting a grueling picture of war as hell on earth. 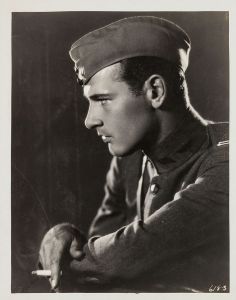 Understandably since many movies were made during WWI and WWII, not every movie could showcase this strong anti-war sentiment as people needed to enlist and many movies at the time reflected a patriotic message to help secure that. For instance, watch a war movie during WWII and compare it to one about two decades later and you will see a strong difference in presentation. Even if a film’s main message wasn’t “war is hell” it played a major part in the film itself and often was a running theme. During WWI when filmmaking was still young, many movies preferred to step away from the “war is hell” idea so it really took the extremely critically and financially successful anti-war films The Four Horsemen of the Apocalypse (1921) and The Big Parade (1925) to show other filmmakers how to properly handle this trope. These movies didn’t even wait very long after WWI was over to state how awful the whole thing was. The Four Horsemen of the Apocalypse shows bravery in joining the war effort even if it can end in tragedy as Rudolph Valentino’s lead is seen as a coward until he joins the army. This is not what The Big Parade does as it displays that the horrors of war as regrettable as they don’t shy away from the horrible experience one sees whether one lives or dies. After these two films many other on-screen films followed in its footsteps such as the on-screen adaptation of the stage play What Price Glory? (1926) which attempts an anti-war message but it seems very uneven with the boisterous tone and uncensored, untranslated cursing the characters throw around which is what many viewers take away from the viewing experience. Therefore, it works better as a comedy than a drama, whereas The Big Parade handles both comedy and drama during times of war extremely well. Wings (1927) also focused on this trope and the best moments of the film deliver anti-war commentary in the form of its tear-jerking climax.

All Quiet on the Western Front (1930) continued the streak set by its predecessors and is seen by many to be the great anti-WWI film. All Quiet on the Western Front is definitely one of the best WWI films to stick to its message and deliver it on every turn with no glory behind any of it. Westfront 1918 (1930) and other overseas efforts also kept this feeling of distress in war alive, although despite all of these films’ efforts another war was just around the corner. If WWI period movies had rallying cries to bear arms in the time of war, WWII had rallying screams as just about every movie pushed some form of propaganda and the importance of joining the war effort (since this time America was personally attacked, this louder viewpoint on film made sense). Conscience objectors were sent to prison camps and an anti-war messaged film would have been shamed into oblivion. Even after WWII, the country still wasn’t ready to accept a true anti-war film. Anti-war films did exist but through the settings of previous wars like Paths of Glory (1957) with WWI or in a more subtle tone than one would expect. Yes, anti-war movies with the background of WWII did exist at the time but they were more rare than they are now and therefore their results can be rather surprising. The Enemy Below (1957) may be a cat-and-mouse story but it is also a psychologically interesting one as the German sub captain (played by Curd Jürgens) believes he is on the wrong side of the war, dislikes the Nazis and their influence on the young, but puts up a fight to keep his men from getting destroyed. Meanwhile, he and his American counterpart (Robert Mitchum) show a genuine respect for one another (even complete with parallels in their life stories) while they each try to hunt and destroy one another. The Korean War film got less attention from studios and tended to find a balance between anti-war messaging and propaganda. Many of the better Korean War movies during the 1950s did not scare away from showing war as hell, however, like with The Steel Helmet (1951) and Men in War (1957).

While Hollywood wasn’t too fond of portraying the most disturbing side of WWII so close to after the war ended, that didn’t stop foreign films for using this trope for all its worth. Some of the most brutal anti-war films come from the foreign market close to after WWII. Germany had The Bridge (1959), Poland had Wajda’s war trilogy, and Russia had The Cranes Are Flying (1957) to name only a few. Perhaps these countries felt more inclined to make these movies because unlike citizens on American soil, they lived with the horrors of war every day as there was always the possibility they could be bombed or shot in their own homes in their own towns. Therefore, the wears of war had a much more noticeable effect on the citizens of these countries. Looking at The Cranes Are Flying and Russia seems like an utter hellhole which contradicts to the earlier scenes in the film where the streets aren’t barricaded and covered with barbed wire. These films show whether one is an active participant in war or not, they were affected by it nonetheless. 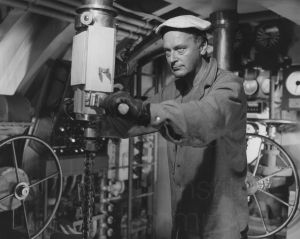 Obviously this trope continues strongly to this day. While Vietnam and Iraq were portrayed with this trope on-screen while the war was still on, they still had to be aware that their audience might be attached in some way to the subject at hand. It is interesting to see how movies evolved from constantly being wary of depicting war during times of war to allowing this message to be prevalent when it was at its most topical. Would audiences during WWII have accepted an anti-WWII war movie? Probably not but even the most propaganda-filled WWII films still tended to have this theme in it even if it wasn’t very well represented. No matter what, there was always that possibility of death looming over everything and the characters and audience members were always aware even if they didn’t necessarily push it to the forefront.