Fans of Laurence Olivier and Merle Oberon will enjoy this screwball comedy of lawyer Olivier thinking Oberon is going through a divorce although she’s actually not married. Predictable, but enjoyable including its opening hotel segments.

Van Heflin and Robert Ryan are memorable as two haunted former POWs, during which Heflin informed on his men for food. Now Ryan wants revenge on him for doing so. Mary Astor is aces as a thinly disguised hooker in this intriguing film. 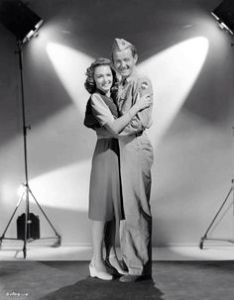 Robert Walker is appealing like always as a private in the army who goes through the highs and lows of training during WWII. Keenan Wynn and Robert Benchley have good parts in this wartime comedy. 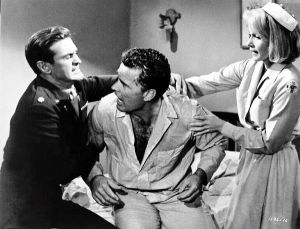 During WWII, the Nazis try to trick American intelligence officer James Garner for information by making him think the war has ended. It all leads to an on-the-run chase. Aussie Rod Taylor has an interesting role as the main Nazi behind the plan. 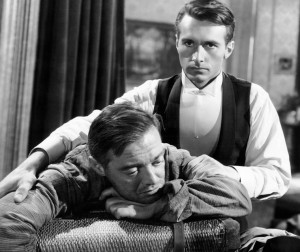 This Grand Hotel plot done in a WWII-era Berlin hotel follows the lives and troubles of those that stay there, mainly with undercover soldier Helmut Dantine. Generally thrilling and enjoyable with some good ideas thrown-in. 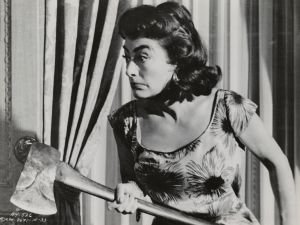 Strait-Jacket (1964): 05/22, 10:30PM: This William Castle chiller stars Joan Crawford as a woman who murdered her husband in a jealous rage, who is being released from an asylum years later, but has murders occur again. For fans of: ‘60s horror, glamour queen chillers, and psychological stories.

Act of Violence (1948): 05/23, 7:45AM: A great thriller with an all-star cast about Van Heflin having his past in a POW camp catch up to him when handicapped Robert Ryan constantly comes into his life. For fans of: post-WWII films, Mary Astor, and film noirs. 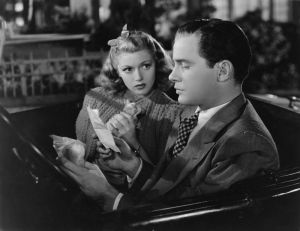 Dancing Co-Ed (1939): 05/26, 12:45PM: This little known Lana Turner film is a delightful campus film where she goes to college so that she can win a dance competition for college girls, but falls for Richard Carlson instead. For fans of: Artie Shaw’s band, MGM programmers, and Turner dancing.

The Rack (1956): 05/27, 12:30PM: This intense, powerful film stars Paul Newman as a man on trial for collaborating with the enemy in a POW camp after being tortured. This film also has an all-star cast. For fans of: psychological films, courtroom dramas, and Lee Marvin.